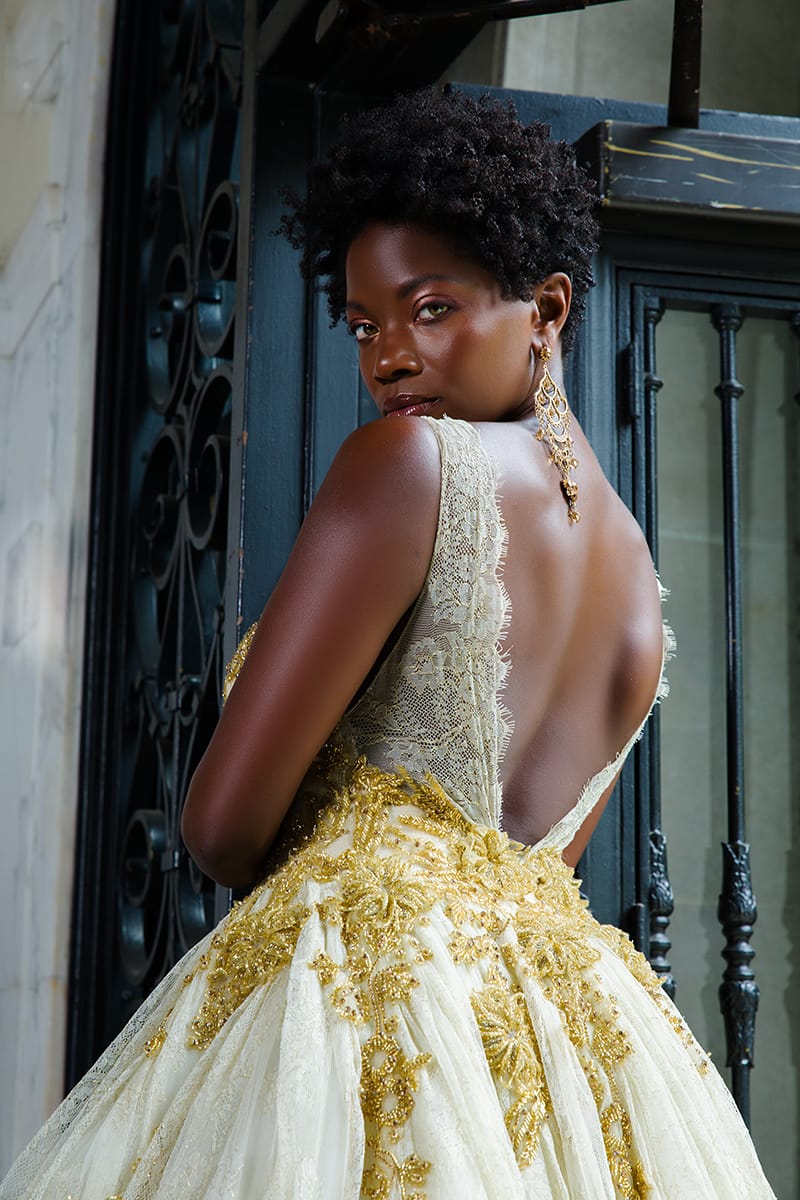 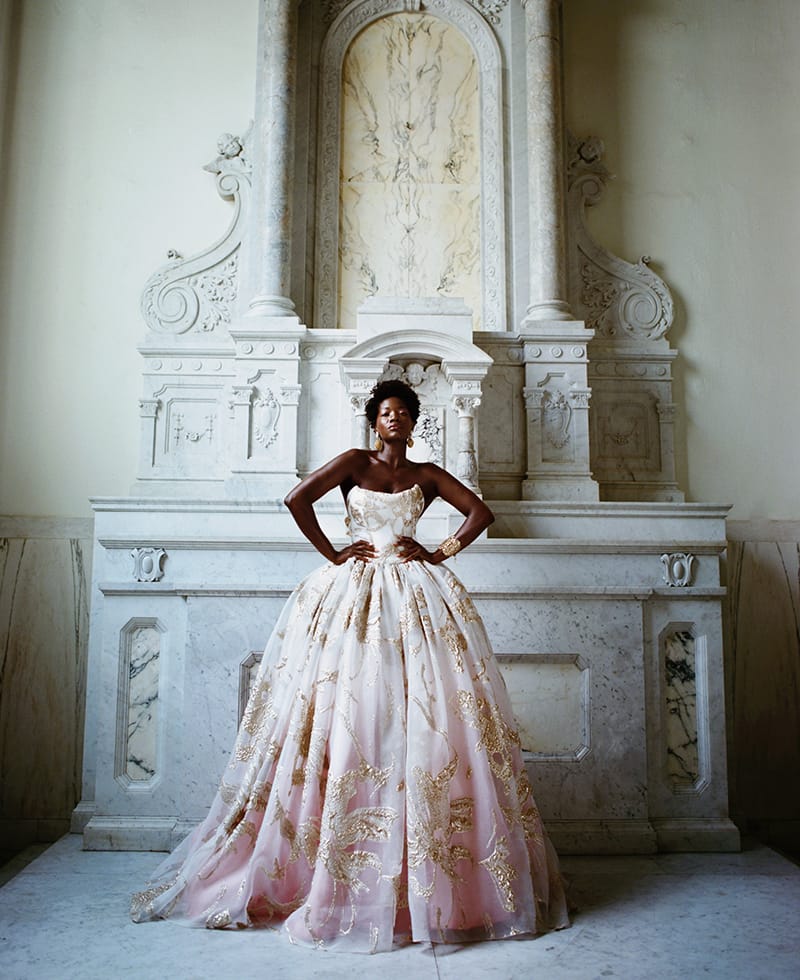 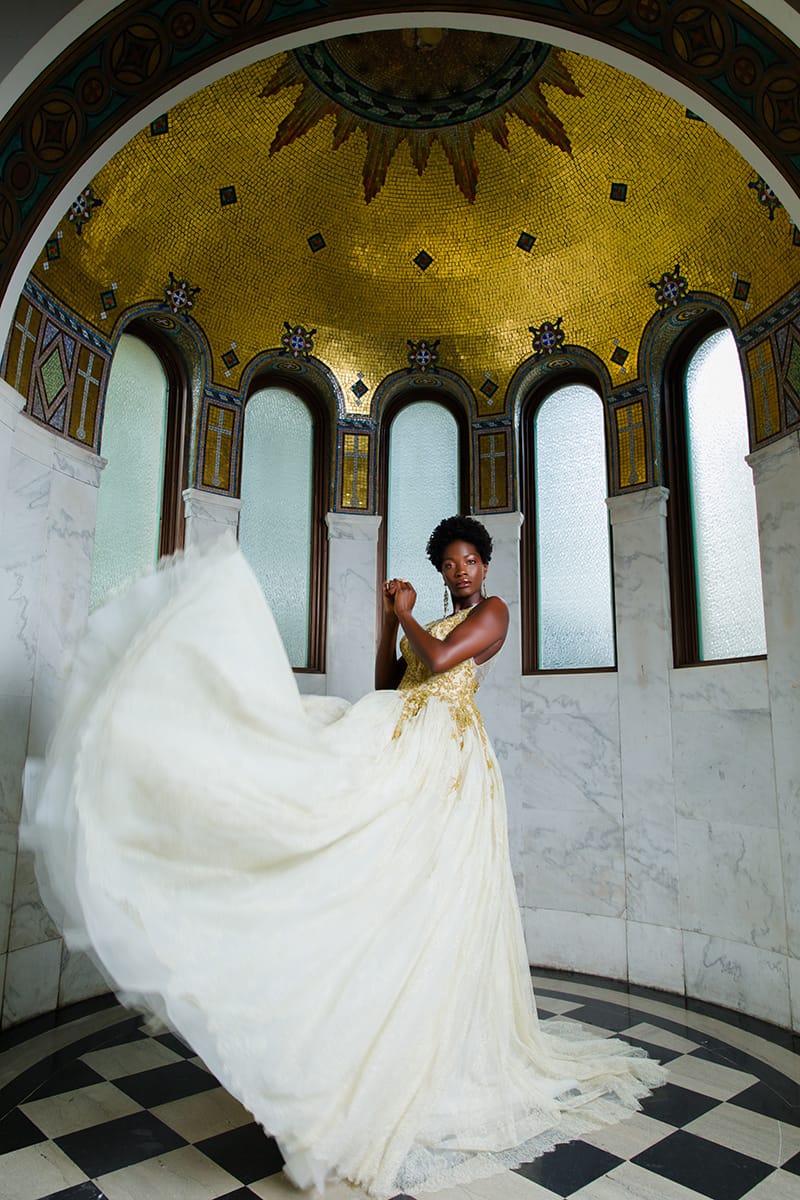 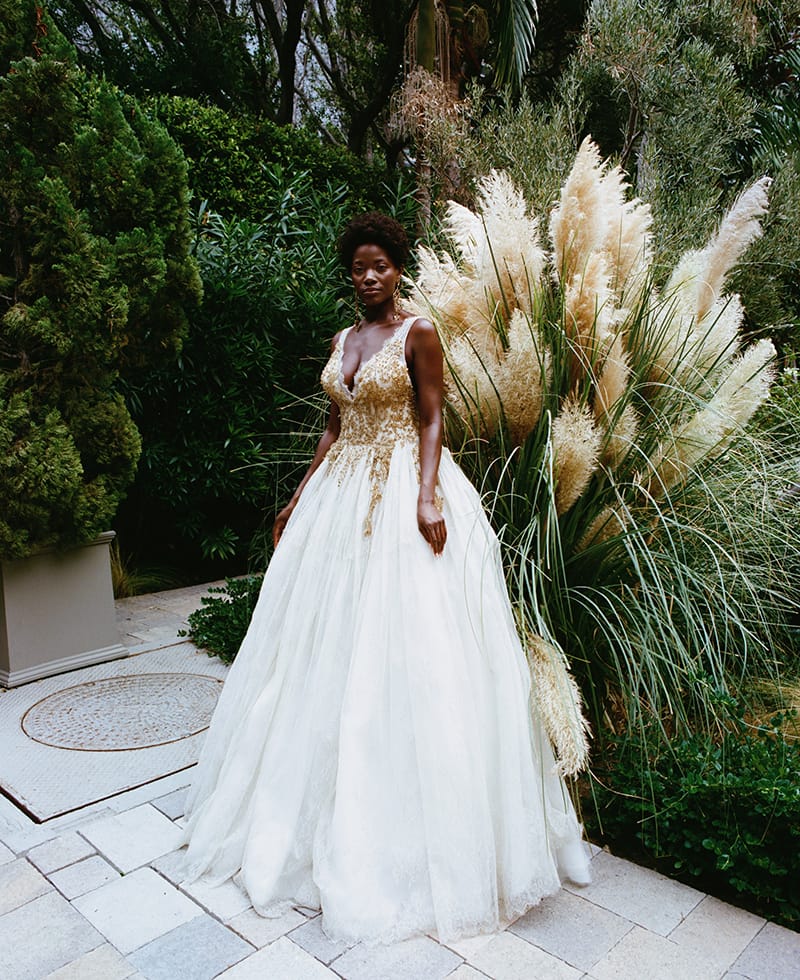 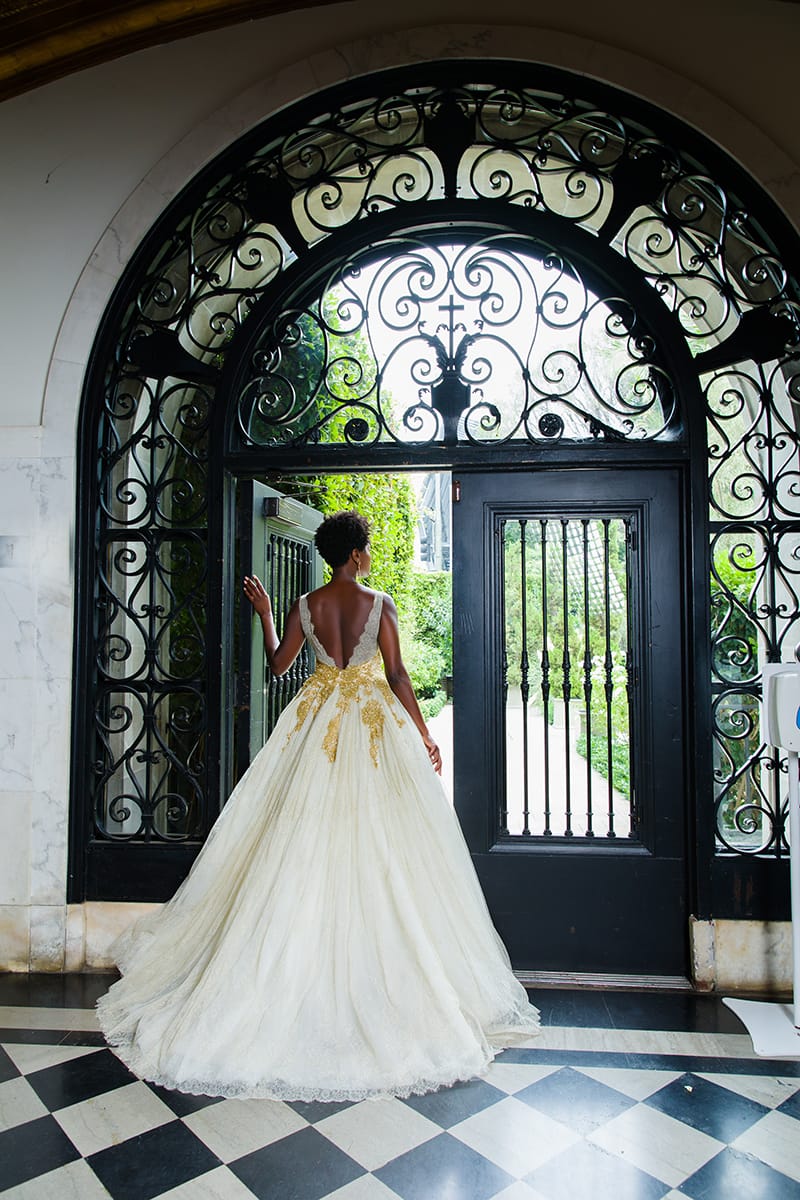 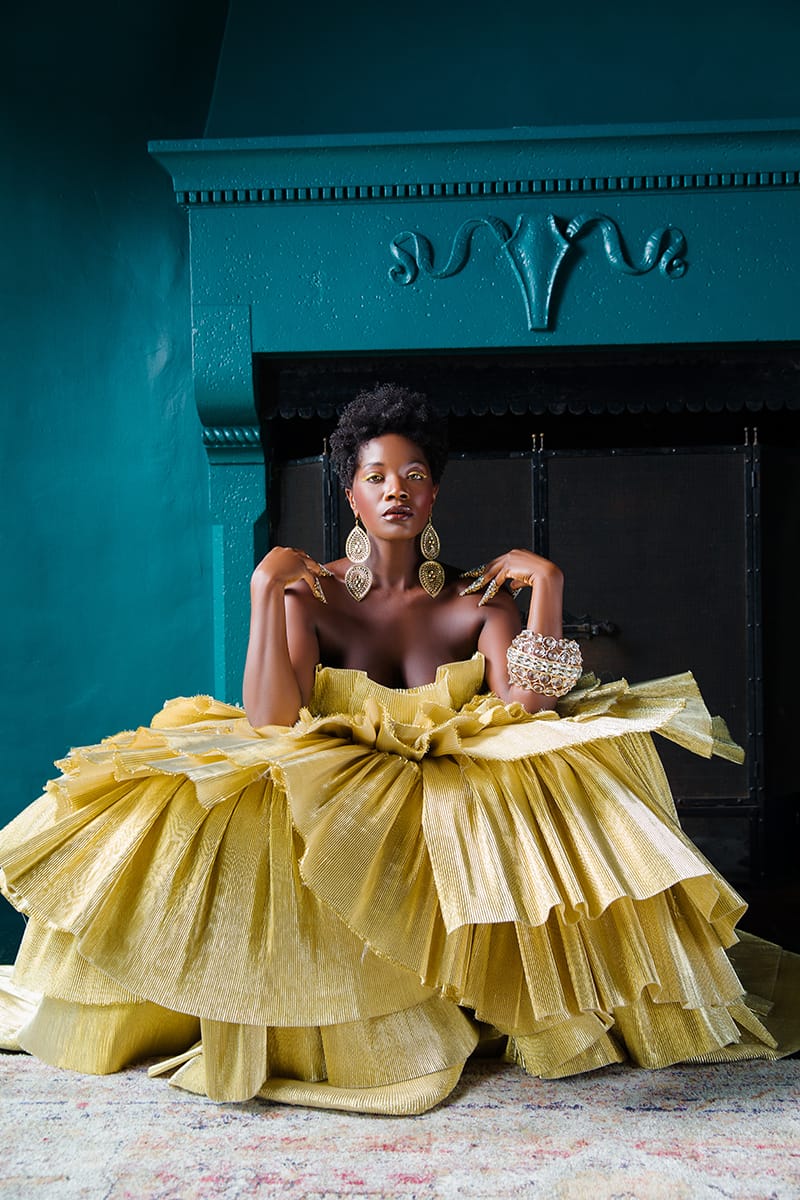 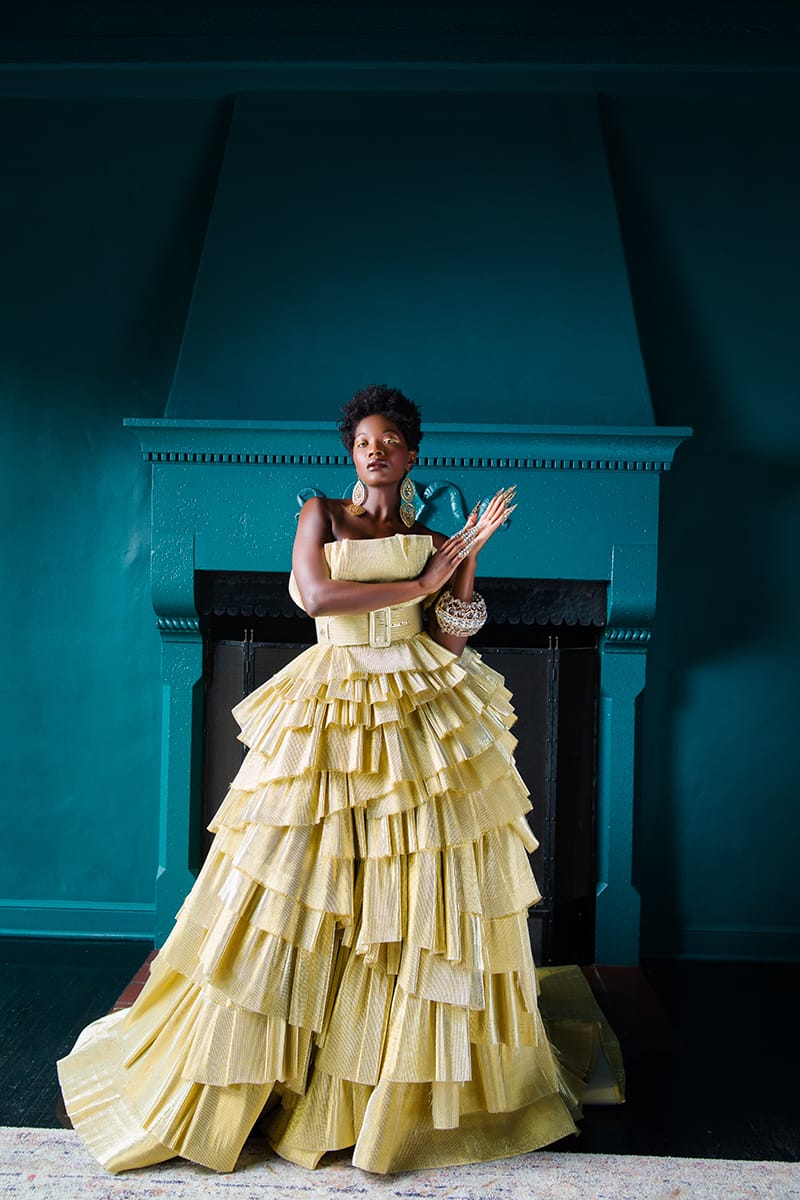 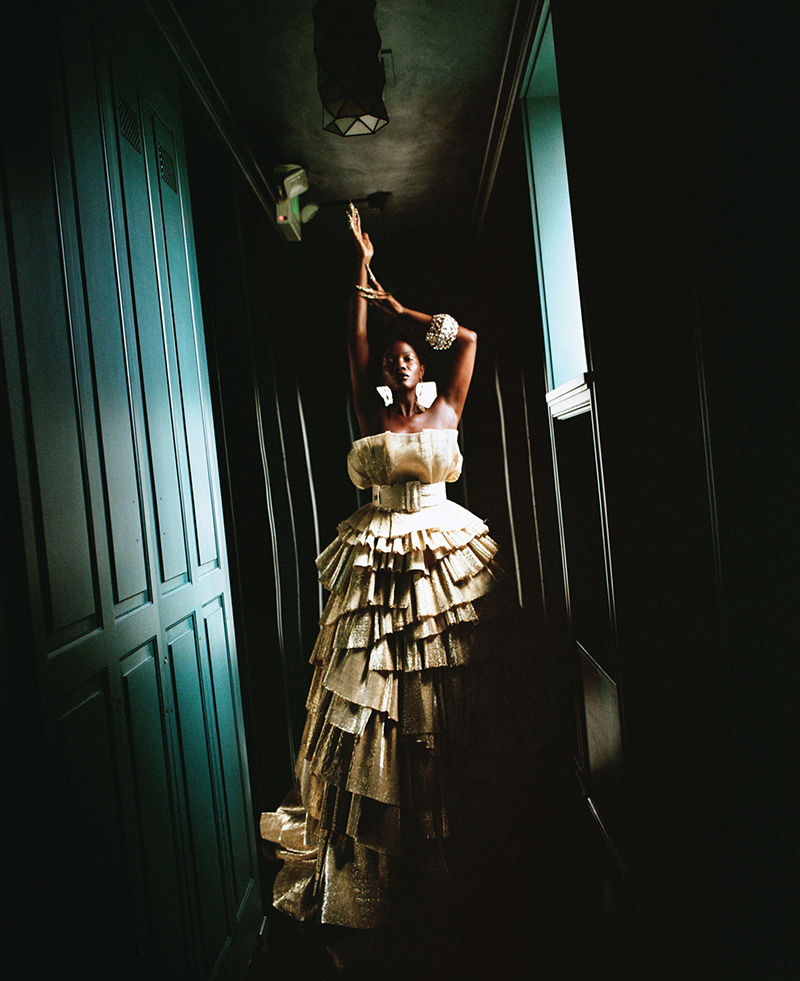 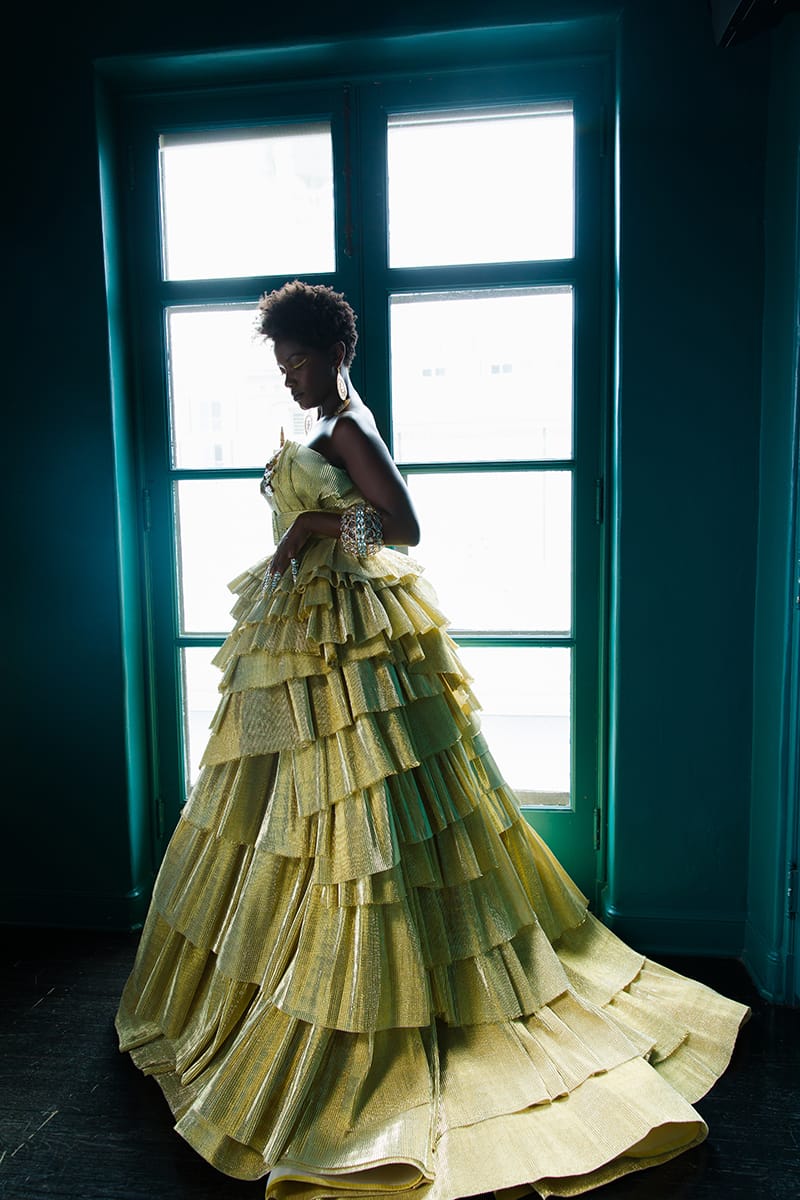 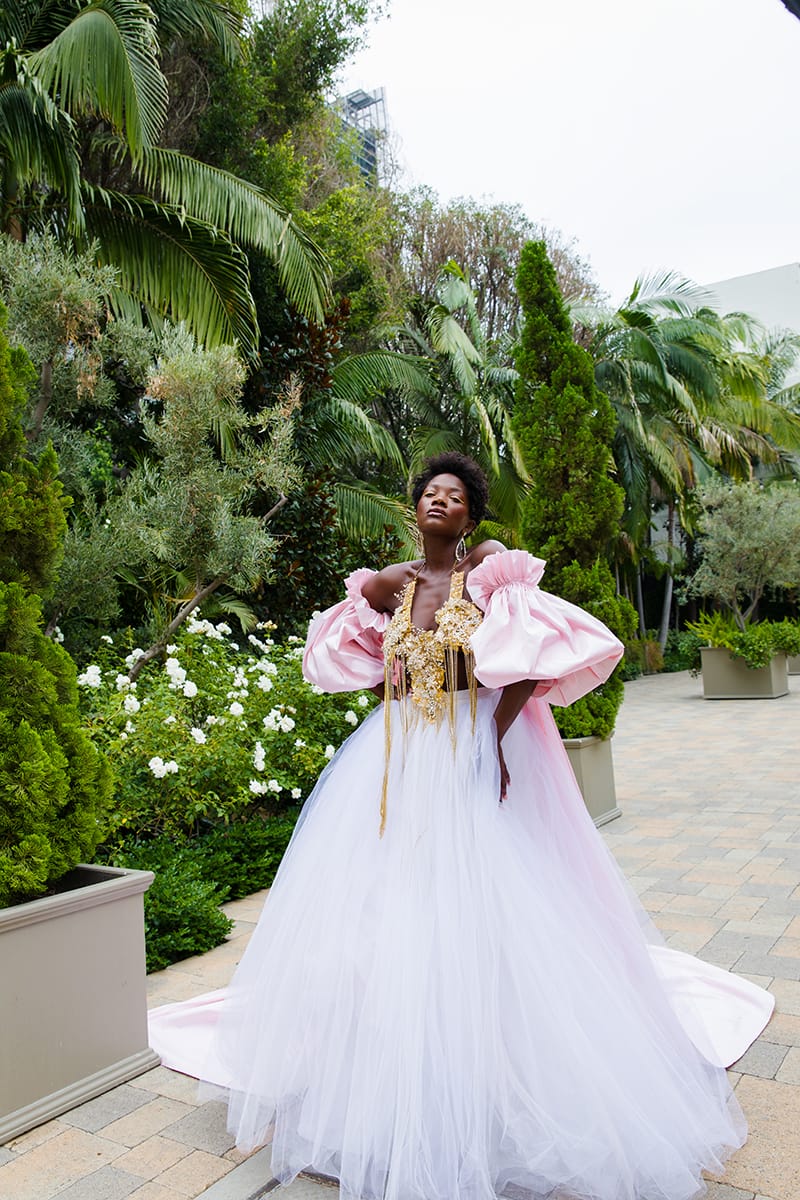 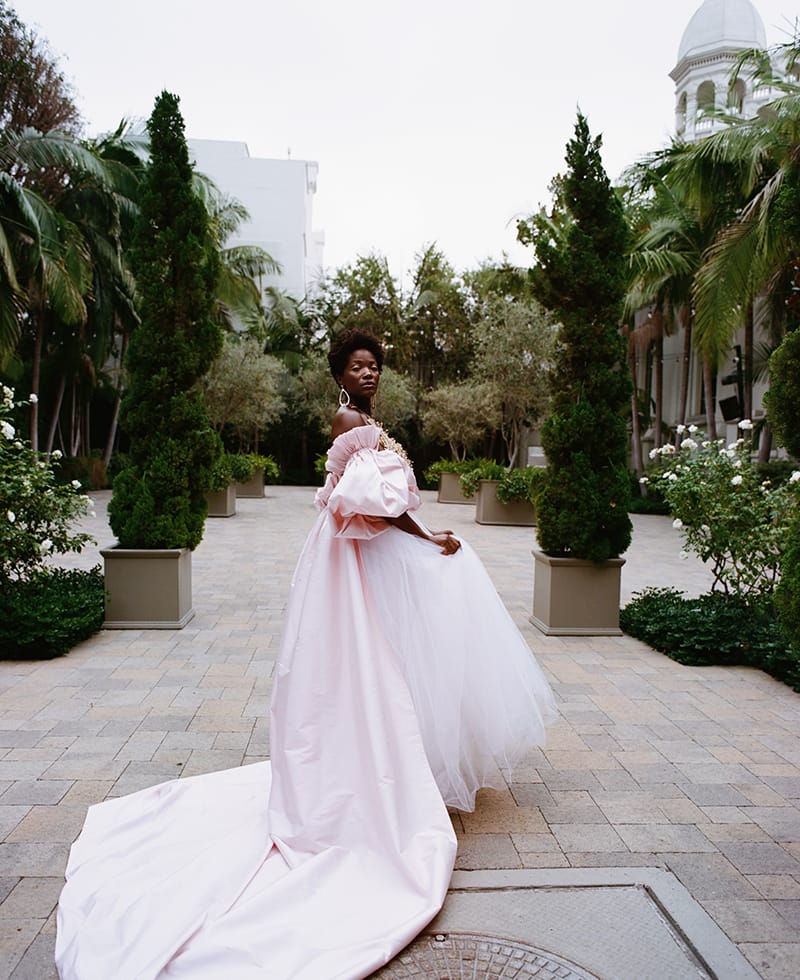 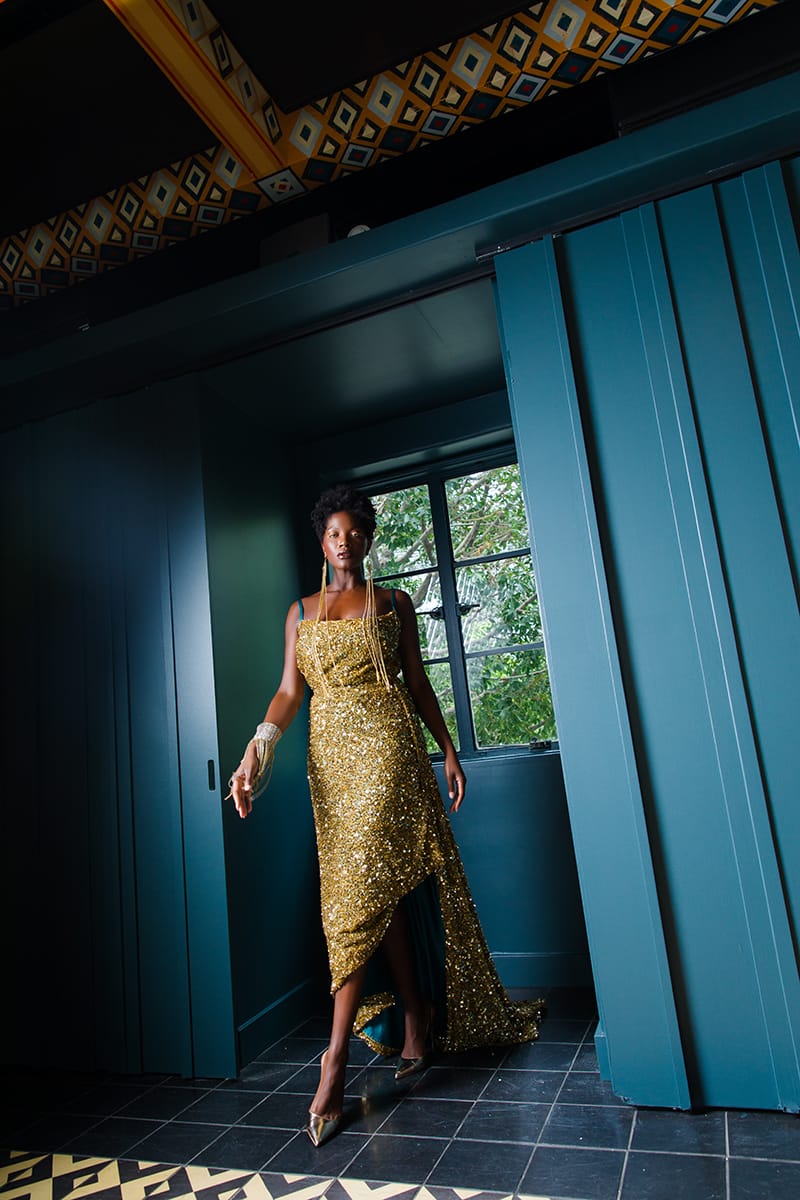 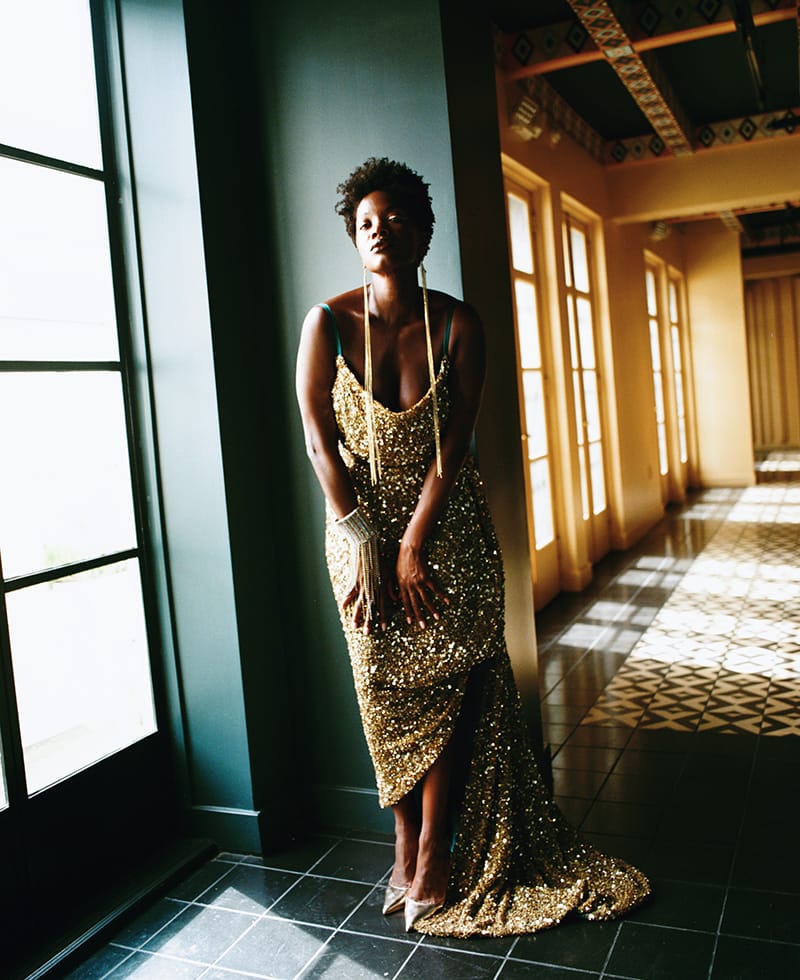 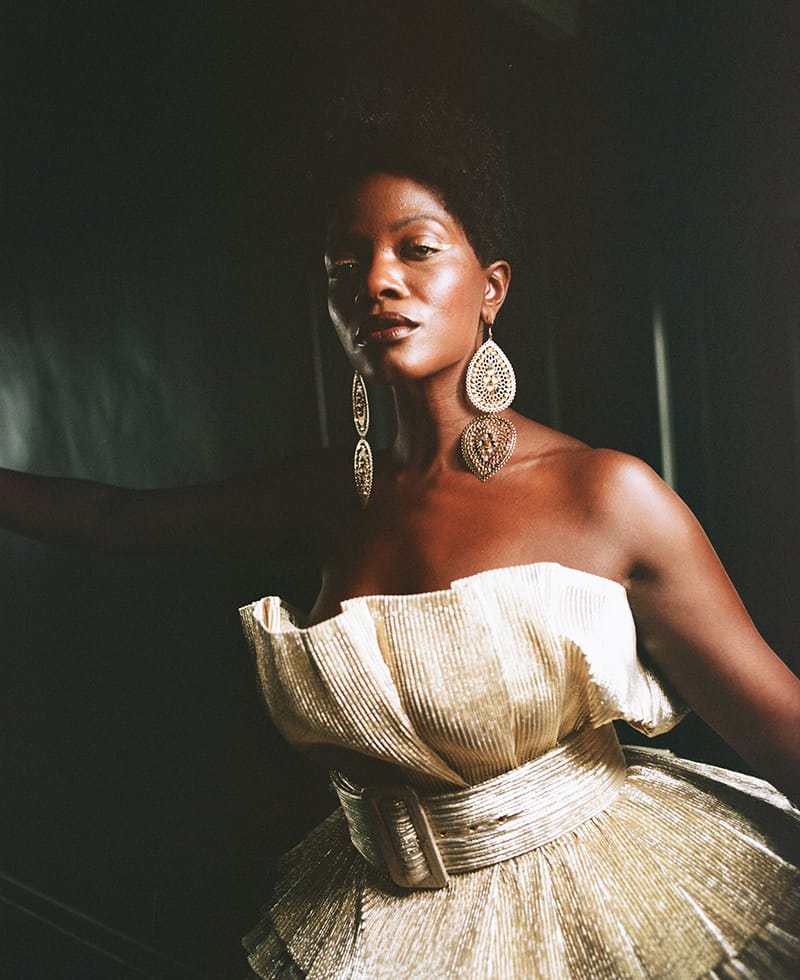 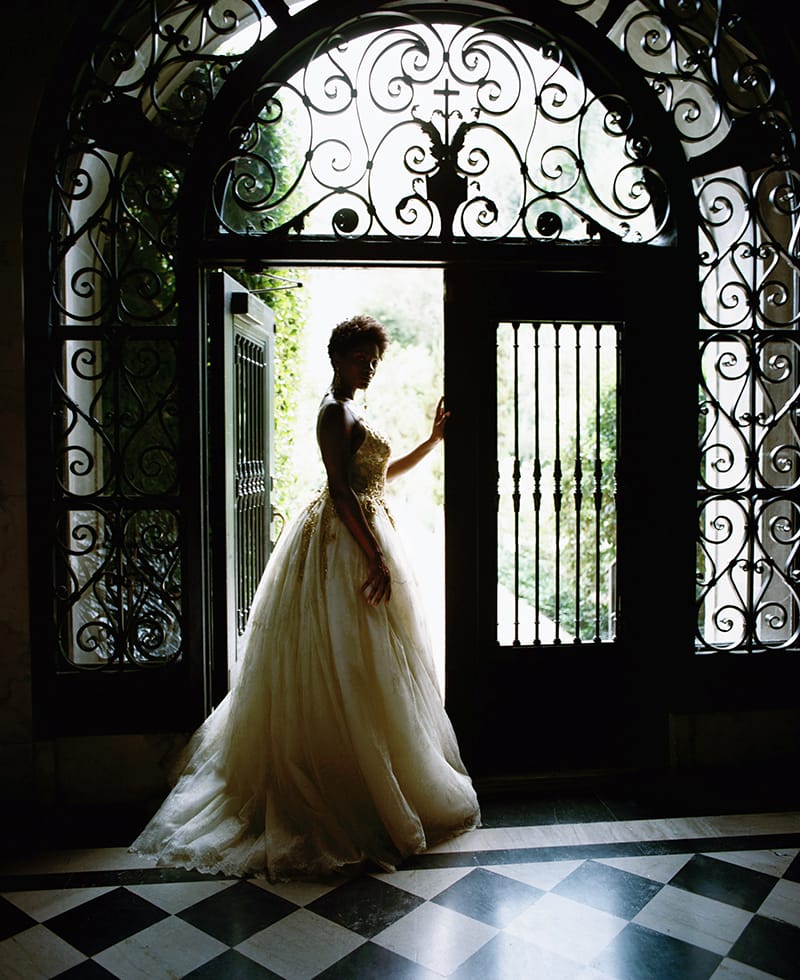 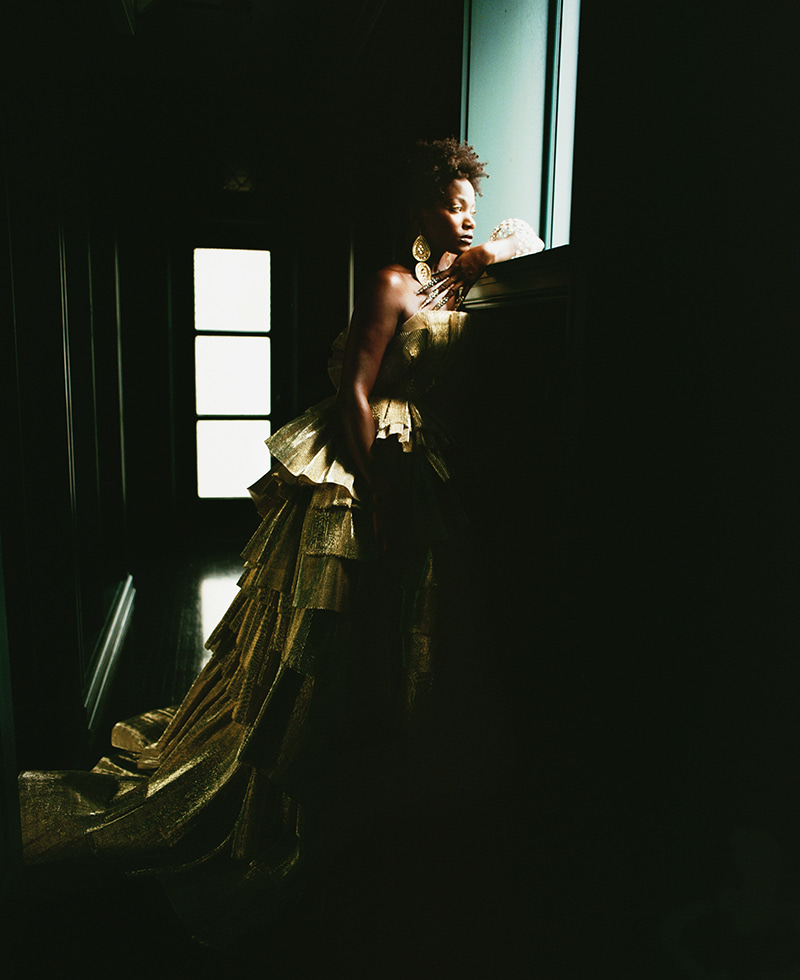 We were so excited when high fashion photographer Liana Grigoryan called to say that she created a fashion shoot specifically for SIGNATURE BRIDE!

The inspiration for the wedding fashion shoot was model Brianna Michael, who Grigoryan says inspired her to think about a magical editorial look. “I had this vision to do a magical bridal shoot for some time. After a couple of months, I created a mood board matching Brianna’s look and character. I sent the mood board to her, and she was happy and ready to shoot,” says Grigoryan.

Next was finding a fashion designer. Grigoryan met Los Angeles-based fashion designer Arminé “Rminé” Ohanessian at an event where they were both being honored. “She invited me to her store after she saw some of my work. When I visited her studio, I was in awe of her stunning gowns and wedding fashion. One gold dress grabbed my attention, and I immediately imagined Brianna in that gown,” says Grigoryan. “I showed Rminé my mood board, and she jumped into the project.”

Known for her use of bold colors, strange poses, unexpected angles and emotional facial expressions, Grigoryan says the concept for the fashion shoot was to create a fall mood with rich gold colors mixed with light pink and off-white. The photoshoot was shot on location at Vibiana, formerly the Cathedral of St. Vibiana, which was completed in 1876. Today, the former church—with its Italian Baroque-inspired interior and lush, expansive gardens and intact historic details—is a full-service event facility in the heart of Downtown Los Angeles.

“The idea that the wedding venue used to be a church was very pleasing because there is a magical connection between weddings and churches,” says Grigoryan.

A documentary photographer in her native Armenia, Grigoryan arrived in Los Angeles in 2013, thanks to a green card she never applied for. With no contacts, no jobs lined up and no plan, she set about getting acclimated to her new world.

“A stranger, who was a mutual friend of my friend, picked me up at LAX. He took me to a place where I met another stranger, a woman named Lilith, who was also Armenian. She agreed to give me shelter at her apartment. Many challenges were awaiting me before I could see the light at the end of a tunnel,” recalls Grigoryan.

She found a job video editing for an Armenian and after some prodding from colleagues, she started photographing special events, including weddings. “Everyone tried to convince me that a photographer can only earn money by shooting special events, like weddings. After a couple of wedding shoots, I realized that I couldn’t force myself to do a job I was not excited about. I quit wedding photography and started to photograph families and kids. Still, it wasn’t what I wanted,” she says.

Grigoryan’s first project was accepted by Vogue Italia. She began to work for Elite LA, taking photos of their new models. “After that, I turned all the photoshoots into publications. I worked very hard, and I was very serious about fashion editorial photography. I quit my video editing job after four years and started photography full time.”

Check out the photo gallery for inspiration for your wedding day look.